Sorry:
- Tumblr feed was successfully retrieved, but no photos found. 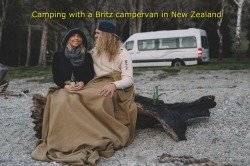 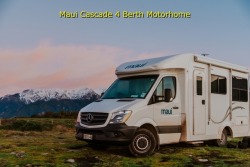 I woke up early and washed the e30 at the little self-serve coin operated car wash around the corner from home. Then I dropped it off at AAA Car Care Centre on Keystone for an oil change which took about an hour. I’m not going to turn this into a review of AAA but will share the following experience:

I’ve heard so many stories about quick lube shops being cheap to the point of dishonesty that I’m probably just paranoid now. In 3000 miles I’ll try somewhere else and compare experiences until I find a shop that really earns my trust. We also drive a e39 540i touring which we always take to Bavarian Motorsport in Milpitas (a great shop I recommend very highly) for service but they’re not open on weekends which is the only time I can spare for a fluid service on the e30.

After the oil change I loaded up the car with beach stuff and set out with the family for a 150+ mile drive.

The drive from Santa Clara to San Mateo over Hwy. 101 is not enjoyable on a Saturday. Traffic is heavy and often stopped entirely. But San Mateo is quiet with lots of parking and less than 30 minutes drive from Pacifica which makes it an excellent via point to the coast. Talbot’s Toy Store is huge and beats Toys R’ Us for selection and experience.

Above: Pretty much the entirety of my interests, age 6.

On the route from San Mateo to Pacifica we drove through the newly re-opened Devil’s Slide Tunnel. The tunnel is fast, well lit and ventilated. Commuters will no doubt love it but speaking as a joy rider it’s simply boring. If you’ve been through one tunnel you’ve been through them all. We arrived at Nick’s Restaurant at Rockaway Beach around 1:00PM. This place is cool because you’re parked right on the edge of the ocean and if you go early in the morning it’s a great spot to take pictures of your car.

Nick’s was packed just like every other time we’ve gone there. Here’s a few notes about Nick’s:

After lunch we drove south on Hwy. 1 to Santa Cruz to do a little shopping. If you’ve never been I can tell you that downtown Santa Cruz is like going to a parallel dimension where 90s alternative culture is the norm: droog dancers block off large sections of sidewalks to dance and swing clubs at each other, teenagers ride around on art bikes, homeless people ride skateboards, travellers make and sell jewellery right on the street and musicians of all kinds compete with each other for bandwidth every 50 feet or so. Santa Cruz is polarized: there’s a large hip but wealthy bourgeoisie population that bedrooms there but works in Silicon Valley and then there’s the masses of hippies, surfers, travellers, street kids and homeless.

We stopped in Santa Cruz to buy some flats (shoes for Trina) and have some frozen yogurt. The latter of which doesn’t seem to exist: they only have ice cream. We ended up at the Penny Ice Creamery which was… bourgeoisie. They serve ice cream, sorbet and some frozen yogurt. Portions were small, expensive and delicious. After our treat we headed to Aptos.

This is not an amazing beach but it’s got real toilets and fire rings. We only go here when we plan on having a fire and cooking hotdogs and roasting marshmallows over it. We’ve failed to launch this so many times and yet again it didn’t happen. There’s less than a dozen fire rings and on Saturdays the locals come and stake out a claim to camp on all day and into the night. We enjoyed the fading sun but gave up on cooking on the beach when it was obvious everyone with a fire ring was planning to stay put. We vowed to try again the next day.

This highway is fun to drive ONLY when no one else is on it. People drive slow in the fast lane and ride their brakes for miles and miles. No one knows how to drive. The cops hang out on the straight away near the Summit Snack Shop.